Sorry for missing the newsletter last week! I've been working on my next Youtube project, for some reason I find fiddling with video stuff very compelling. That should be done in another week or so, and I am actually going to try to film myself this time. In that vein, I made a captioned video for our latest podcast episode with Alex Pareene on the wretched "popularism" debate, only to find out that it was too long for Twitter (lol) so it's now on Youtube.

Above you can see my cat Mayor Pete – the worst cat in all history – sitting on my new induction stove. I got solar panels on my house last year (thanks mostly to Uncle Sam), and the original gas stove the place had was lousy. If you've got some pandemic cash saved up and are looking to move away from fossil fuels, it's worth making the switch. It takes some getting used to – on full power, a pan heats up much, much more quickly than on gas, but it also puts out very little radiant heat so it's harder to sense how hot the pan is, and it also seems to cool down more quickly. But after a couple weeks, I can confidently say it's straight up better than gas in every way – less indoor pollution, more fine-grained control, faster response, and of course less greenhouse gas emissions.

I wrote previously about how we shouldn't expect saintly perfection from wealthy socialists, but conversely leftists should at least make a reasonable effort to pitch in when they can do so. If you own a house and have some cash or a good credit rating, it is financially a no-brainer to get solar – my electric bill went from $300 in the summer to ~$15, they'll probably pay for themselves in less than 10 years – and doing that plus replacing carbon appliances one by one will cut down your personal emissions. It's barely even a sacrifice.

On to some articles!

Why putschists should be expelled from Congress:

We can't let that slide. As I wrote back in December, the 14th Amendment states that any members of Congress who, while bound by oath of office, "have engaged in insurrection or rebellion" are forbidden from holding state or federal office unless Congress votes to allow them in by a two-thirds margin. Applying this rule to those implicated in Walker's report is the least we can do. And, arguably, all eight senators and 139 representatives who voted to overturn the 2020 election should be kicked out of Congress and permanently forbidden from holding federal office of any kind ever again.

Why cutting down climate policy is tantamount to mass murder:

Here is a factual statement: political elites that cut down climate policy, as Sen. Joe Manchin is trying to do, or block it altogether, as the entire Republican Party is trying to do, are taking actions which, if successful, will directly cause the deaths of many, many people. More heatwaves, more extreme drought and flooding, more powerful hurricanes, rising sea levels, less food — these are things that kill people. It's already happening all the time — a few hundred here, a few thousand there. Without aggressive and united action across the world to cut greenhouse emissions and defend against the damages that are already baked in, those numbers will reach into the millions in not too long. And for every person that dies, there are dozens more who will be sickened, or lose their homes or livelihood, or all three at once.

Similiarly, why Joe Manchin's pro-carbon efforts are a gross betrayal of his constituents:

West Virginia today is a poor, unhealthy state. That's significantly because nobody in Washington did anything when slanted trade deals destroyed about a third of its manufacturing jobs and energy innovation destroyed most of its coal jobs and, soon, the entire coal industry. As Tooze writes, coal wasn't just a source of jobs; it was a source of meaning — an image of a rugged society where strong men and women did the tough jobs necessary to keep the country on its feet. Without that fund of social cohesion, the state is seeing an epidemic of "deaths of despair" similar to what Russia experienced after the collapse of the Soviet Union.

Why Nordic worker protections saved the lives of their citizens and their economies as well:

All that has been enormously helpful in protecting the lives of Nordic workers from the coronavirus. It also protected those countries' economies. Sweden horribly botched its pandemic control policies, but America's COVID-19 death rate is still 52 percent higher. The U.S. figure is 4.8 times the rate in Denmark; 11.1 times the rate in Finland; and 13.1 times the rate in Norway. Not only did every single Nordic country have a greater share of their prime working-age population in the labor force than America did before the pandemic, but they alsohavesincesurpassed their pre-pandemic levels of employment, while the U.S. appears to be at least a year away from that goal.

How Amazon's huge market power corrupts its system of sales:

Amazon also has several directly perverse incentives regarding its third-party partners. It holds for itself almost all the valuable data produced by shoppers and is infamous for using this surveillance to produce crummy knock-off copies of top-selling items. Since Amazon controls the way its internal search works, it can and does rig the search results to favor its own products. When Amazon and other third-party companies sell the same item, Amazon can rig search outputs to favor its own listings. Amazon sells advertising on search results, too, allowing companies to place their products higher up the ranking for a price. And the star ratings aren't calculated as a simple average — it's a proprietary algorithm that could easily be used to mislead consumers.

Why Biden's poll numbers are sagging:

But if a party looks like a pack of feckless, timid cowards who can't even agree if they want to do anything, let alone what to do precisely, the base is demoralized. The party takes on an air of weakness and failure. The opposition is emboldened, suspecting the party is too chicken to stand up for itself. As Brian Beutler writes, "Lumbering about in a state of perpetual indecision is one of the most politically costly things a governing party can do with its precious time in power."

Why Larry Summers is wrong about inflation:

It follows that Summers' preferred solution of increasing unemployment and decreasing American incomes will actually preserve these supply bottlenecks. He would "solve" inflation by returning us to the low-growth post-2008 economic model where sales are weak, businesses don't bother to invest, and supply chains retain their present diaphanous vulnerability. As Mason and Melodia write, "Rather than restore production to its pre-pandemic levels, it would be a decision to keep society poor enough that we can only afford what businesses are currently able to produce."

Last week this self-described "comedian" and YouTube guy started an argument with me on Twitter about whether the flu is more deadly to kids than Covid. Much to my surprise he then made an entire episode of his video show recapping the argument and repeating the exact same incredibly obvious 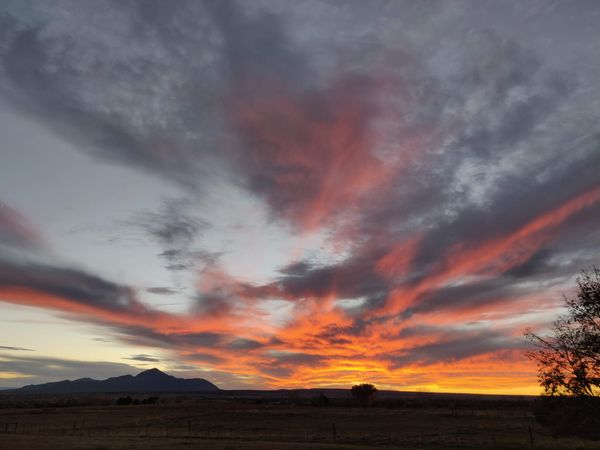 Hello there! I took a red eye flight home after visiting my family in Colorado this weekend, and so I don't have much by way of witty repartee today. However, my new video on what conservatives mean when they say freedom – namely, that they should get to do whatever they