Without the Bernie Sanders campaign to give everyone something to focus on, I notice that factionalism and infighting on the left – a pretty bad problem at the best of times – is on the rise. The latest drama is over Twitch personality Hasan Piker buying himself a $2.7 million house with the apparently quite extensive earnings he pulls in from streaming.

I watched a bit of Hasan's stream where he defended himself and I found it basically convincing. I take him at his word that he does donate a lot of money to charity, which is a good thing to do. He's also right that charity as a system is a very poor substitute for state policy at best, and a corrupt scheme for the billionaire class to lower their taxes, launder their reputations, and exert dictatorial control over vast swathes of humanity at worst.

The various arguments that Hasan shouldn't have an expensive house (from what I can tell it is very nice, but not nearly as nice as you would think for that much money because the California housing market is desperately short of supply, but I digress) all boil down to "it's unseemly," and that just isn't very convincing. At bottom, the argument that socialists need to behave virtuously for political reasons is liberal and individualist – the same fallacy seen from Matt Bors' famous Mr. Gotcha. The whole point of leftist politics is to solve problems through collective coordination, not by convincing individuals to behave differently. So long as Hasan continues to support high taxes on himself, building out the welfare state, a huge social housing and upzoning program to cut down rents and home prices, and the rest of the panoply of left-wing policy, I see no problem.

That said, it was also clear on the stream that Hasan felt a little defensive about the criticism, and I think that's a healthy and good instinct (though that is not to justify the ludicrous overreaction seen in some quarters). A leftist who is extremely rich should be able to enjoy themselves within reason, but I reckon should also feel at least a little discomfort about their good fortune. Making money from streaming is one thing, but that doesn't mean it's impossible to get money in a politically toxic fashion – like taking huge payments from Peter Thiel to produce videos on a right-wing anti-vaccine video site, for instance. Corruption caused by money is one of the oldest stories in the book, and it's important to keep the ol' conscience in good condition.

Housekeeping notes: you can subscribe to this newsletter and help chip in to cover expenses, and check out the latest episode of my podcast with Professor Brad Evans here. On to this week's articles!

First, on the shrieking media tantrum over the end of the war in Afghanistan:

Then there is the fact that a large fraction of purportedly "neutral" reporters have decided to brand themselves as hysterically pro-Troop — a tendency that got much stronger after 9/11. Every Veteran's Day and Memorial Day, you see a lot of normally buttoned-down reporters posting maudlin Twitter threads or Facebook posts appreciating American soldiers for their Heroic Sacrifice. (A recurring joke in lefty Twitter is baiting these folks into retweeting pictures of non-soldiers — like Chapo Trap House co-host Felix Biederman — or war criminals.) Some reporters have gotten so deep into instinctive troop worship that they can question basic principles of democracy like civilian control of the military, seemingly without even noticing.

Obviously I am not an expert in the science of what mRNA vaccines might do in kids. But multiple credentialed doctors and epidemiologists have argued that the data the FDA already has is enough to make an educated guess, and that vaccination will almost certainly be far, far safer than COVID. In Israel, the risk of myocarditis was roughly between one in 3000 and one in 6000 for men between 16 and 24 (the highest-risk group), and all but two of them recovered. "Ninety-nine percent of the experts in this area are convinced these vaccines are absolutely safe in children and adults from what we've seen," Dr. Yvonne Maldonado, a Stanford professor of pediatric diseases, told Michelle Goldberg at The New York Times.

Third, on the anti-refugee panic that is already building on the extreme right:

In short, for 40 years Afghanistan has been the plaything of dimwitted, incompetent American imperialists, and the result has been physical, social, and economic carnage on a scale few Americans could imagine. And now that people are suggesting that the people who helped the occupation — people who trusted in the good faith of the United States, and who may now be killed as a result — should simply be allowed into America to live safely like anyone else, formerly warmongering conservatives (Carlson, Ingraham, and Miller all fervently supported the invasions of both Afghanistan and Iraq) are whipping up a nativist frenzy.

Finally, imperialist Democrats are pissed at Biden over Afghanistan, and it's ridiculous:

This blinkered attitude is a major reason why the Afghanistan occupation was such an endless nightmare in the first place. Presidents Trump and Obama didn't withdraw in part because they were frightened of political backlash from the foreign policy Blob and reflexively hawkish media. As shown by the shrieking tantrum happening across all parts of the mainstream press, they weren't wrong about what would happen. It took real political courage for Biden to stick to his guns and refuse to re-start the war for the sole purpose of making the legions of soft, comfortable think-tankers, talking heads, and members of Congress feel better about themselves.

One of this week's articles makes the obvious comparison between the 20-year frenzy of imperialist aggression in response to a terrorist attack that killed 2,977 Americans versus the grudging response to a pandemic that has killed nearly 660,000 officially and probably over a million people all told. It

The New York Times published a useful article on how a town in Montana fought back against a neo-Nazi hate campaign: WHITEFISH, Mont. — Richard B. Spencer, the most infamous summer resident in this town, once boasted that he stood at the vanguard of a white nationalist movement emboldened by President 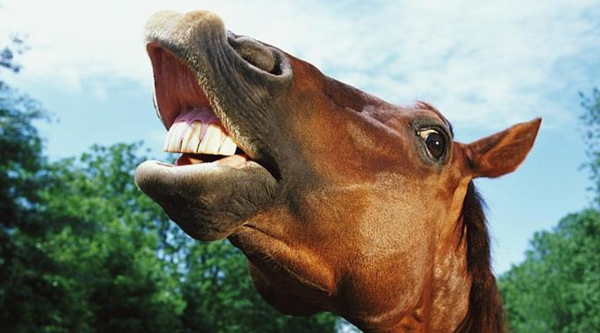 I'm strapped for time and can't really think of anything for a snappy intro this week. Perhaps that's because the phrase "horse paste" has been bouncing around my skull like a handful of ball bearings. It's like every insane part of the pandemic compressed into one nutball story – the conspiracy