Let me get the advertising out the way first: If you haven't pre-ordered my book yet – How Are You Going to Pay for That, comes out September 14 – I would be much obliged if you could do so. My implausible reach goal is to get on the New York Times bestseller list, which apparently can happen with as few as 5,000 sales in the first week (and all pre-orders count towards that figure). Again, I encourage you to buy from your local bookstore or at least not from Amazon, which people tell me is actually better for the Times ranking.

So here's what I've been writing about over the last week and change. First is another thing on the moral panic over "critical race theory," which in reality is an attempt to whip up a McCarthyite frenzy of political repression. The main figure behind it openly admits he is a lying charlatan:

Rufo straight-up admits that it was corporate and educational anti-racist trainings that motivated his crusade, not critical race theory itself; that the primary reason he selected it as a target was its ominous sounding name; and that he neither knows nor cares about the actual substance of CRT. "Strung together, the phrase 'critical race theory' connotes hostile, academic, divisive, race-obsessed, poisonous, elitist, anti-American," he told Wallace-Wells. At a recent conference, he contemptuously scoffed at "pathetic … angry graduate students" who try to argue with him about CRT or other topics. "I don't give a s**t about this stuff," he said.

Second, I did a quick piece on the collapse of the Miami condo building and the looming danger of reclaimed land:

Rising seas of course threaten any city that is at a low elevation. But reclaimed land — that is, new land space made by dumping fill into a lake, river, ocean, or wetland — is at particular risk, because it is much less stable than normal land. At best, reclaimed areas are made with concrete, rocks, sand, or other material that can be compacted into a fairly stable shape. At worst, they are made by throwing some dirt over the top of a pile of garbage, and building more city on top of it. This literal trash foundation is unfortunately how big parts of numerous American cities have been built.

Third, I did a piece on how Biden's rollout of the expanded Child Tax Credit is not going so well:

So far the only strategy the IRS has rolled out to reach nonfilers is a website apparently built by tax prep company Intuit where people can punch in their information. As Michelle Singletary writes at The Washington Post, the page is English-only, written in dense tax jargon, looks like crap, and worst of all, is not mobile-friendly. As Williams points out, only about half of the poorest people have a desktop computer. It's a pathetic effort.

Fourth, I argued that the smart move on economic policy this year is to be patient and keep pushing for full employment:

It's of course possible to weigh all these factors (as well as others I've left out) and come to some prediction about what the next few years hold, but you might as well make a sheet with a list of outcomes and throw a dart. The conflicting indicators suggest that the path of wisdom for the next year is to remain patient and see what happens. A global pandemic like this has never happened in the age of modern service-based economies and high-speed communication and transportation. Nobody knows for sure what is going to happen.

Fifth, I covered how Attorney General Garland has become a sort of de facto Trump accomplice:

Any nine-year-old could instantly understand this point, but jingoist chauvinism runs so deep in the liberal legal establishment that it is basically impossible for them to imagine American politicians being really corrupt and deserving of jail time.

Okay one more link to the book. Have a good weekend! 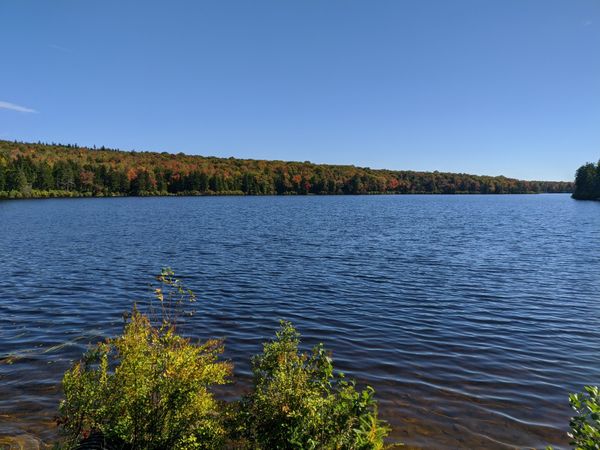